Profesja was created out of the need to reconcile family life and professional activity.

When I started, I had a job in a corporation and several smaller companies. I knew well what I did not want. I dreamed that my company would be a healthy workplace based on a culture of mutual respect, trust and loyalty. The way we operate inside the company reflects our approach to customers, job candidates or project participants – in other words, everyone we work with.

After several years I can say that my dream has come true. Today, Profesja is created by a great team of several dozens of professionals fully devoted to our customers, and the values that guided me at the beginning are still valid. At Profesja we work because we are passionate about what we do, we work because we want to, not because we have to. 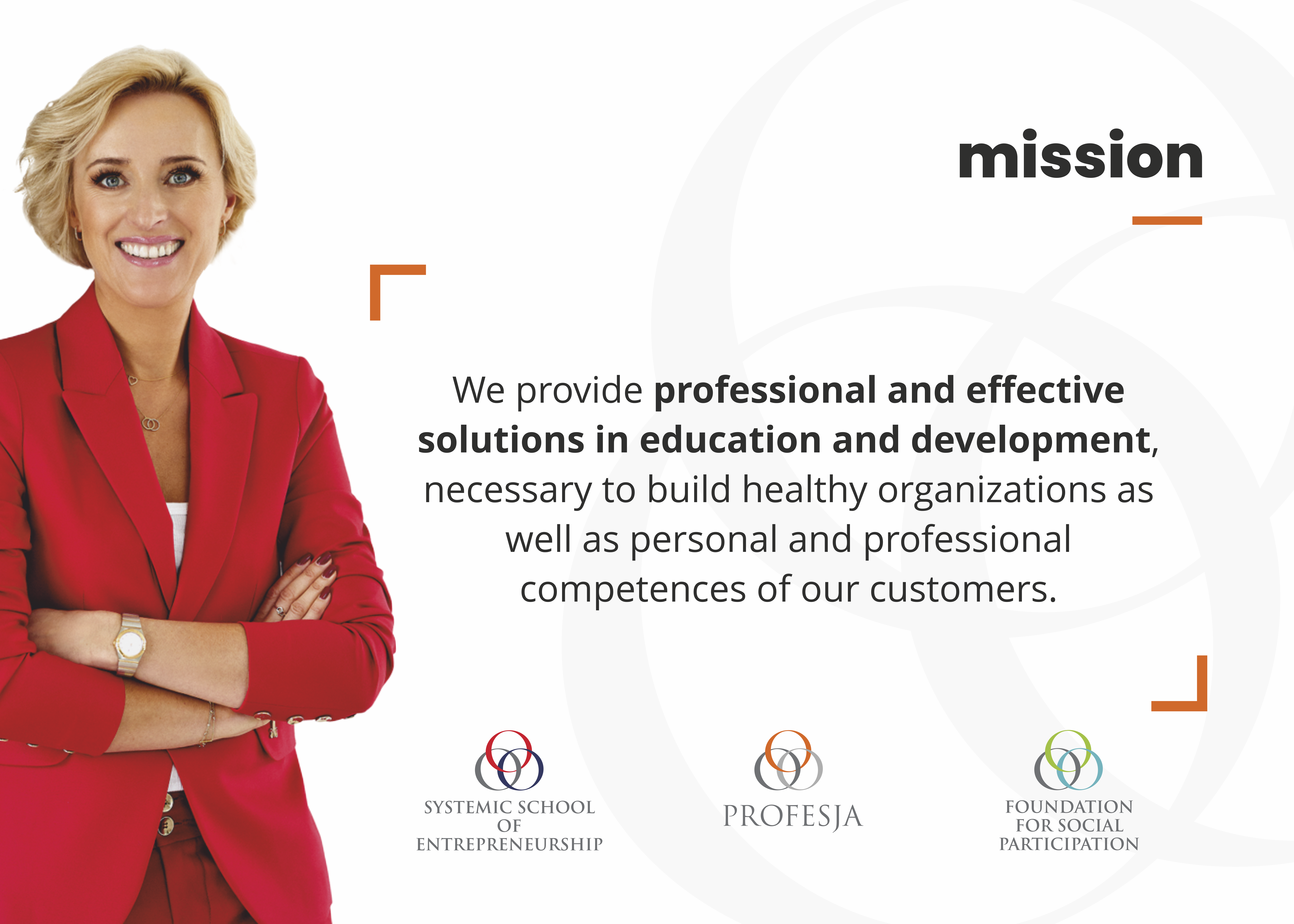 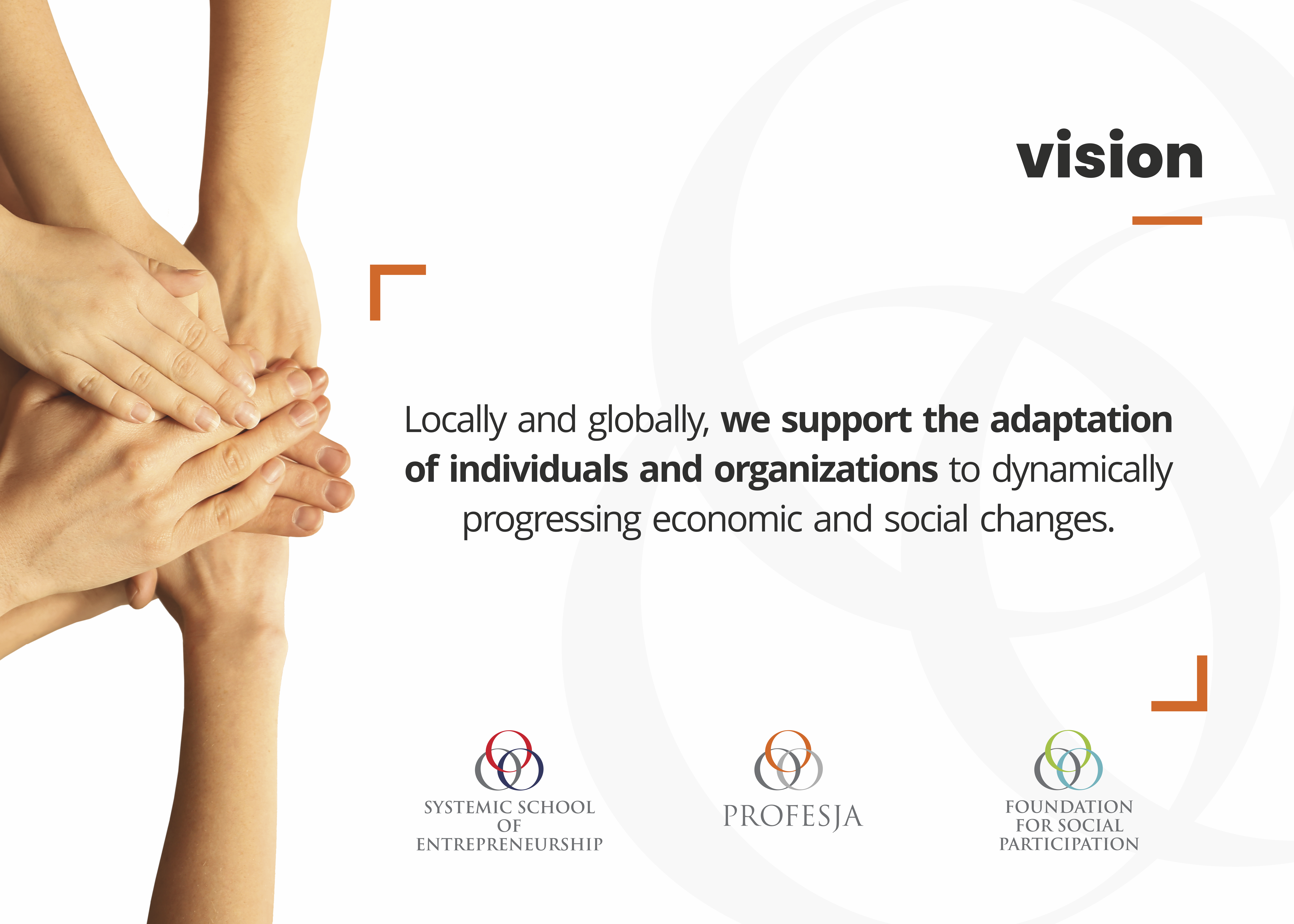 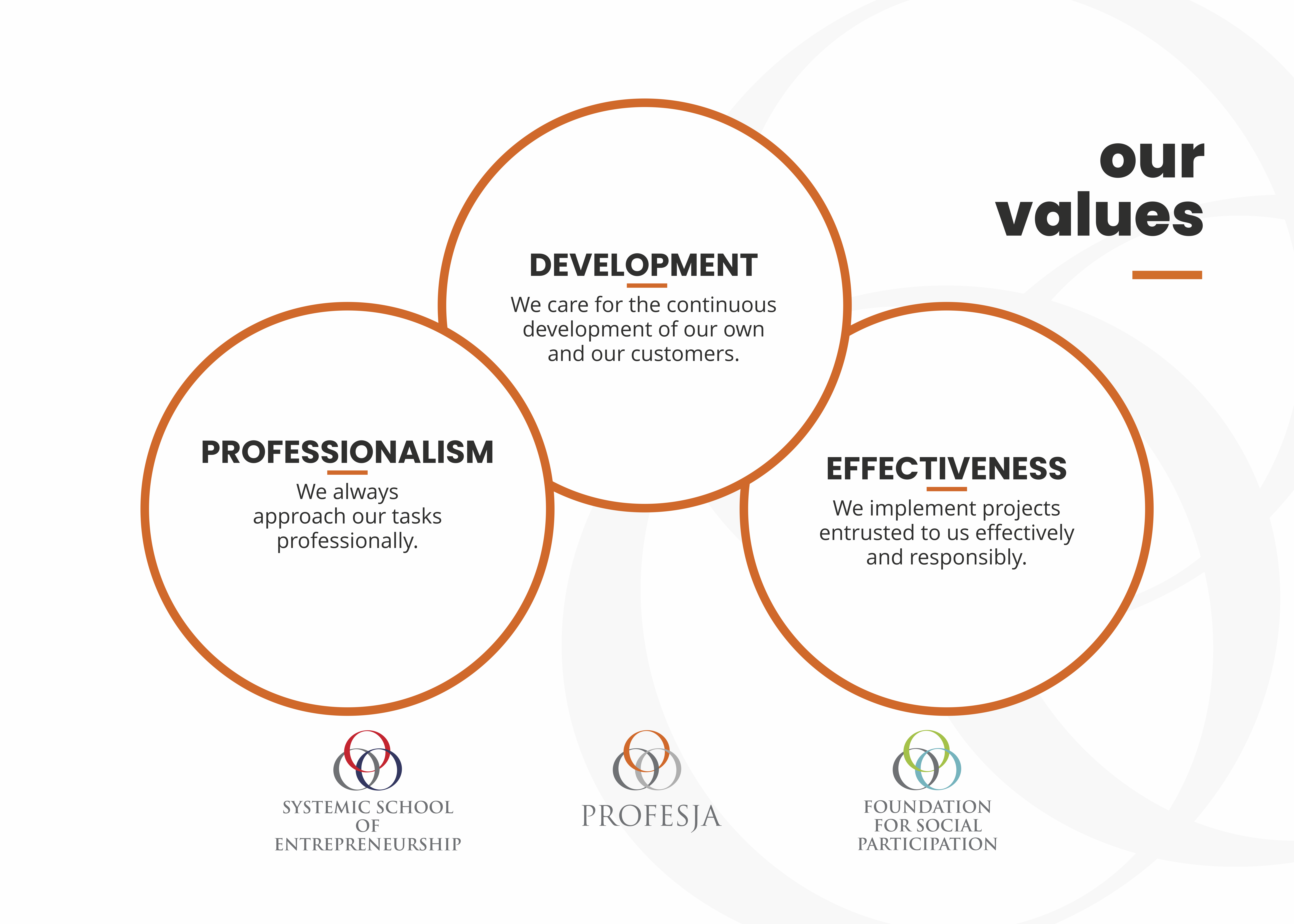 Check out our job openings

2010
We started as a sole proprietorship under the name Profesja Dominika Flaczyk. We focus only on EU projects in the area of professional activation of young people, the unemployed, persons at risk of social exclusion and the disabled.
2011
Recruitment and job agency were developing on an increasing scale, we officially became an employment agency with an entry in the National Register of Employment Agencies.
2012
We implemented four projects worth PLN 10,000,000 in Greater Poland. As the team grew, our offer grew, as well. We run training, career counselling and coaching. Classes take place every day throughout the year.
2013
We set off to conquer Pomerania, where we implemented a project for people starting their own businesses. We granted 60 subsidies and provided intense training as part of other projects. We provided over 500 people with comprehensive support, whom we helped to find a job.
2014
We run projects in five voivodeships! Over 1,000 people benefited from our training and career counselling. The employment agency started operating on the German market.
2015
We moved to our new headquarters in Poznań. The year brought us many challenges. Despite unfavourable economic conditions we implemented 100% of our projects from the previous HC OP programming period with a total value of over PLN 20,000,000.00.
2016
Our team was constantly growing, we opened offices in Chorzów, Bytów and Słupsk. We operated more dynamically; we supported several thousand people in their development in five voivodships.
2017
It was a very intense year for us, we were undergoing transformation into a limited liability company, we opened another office in Poznań, we joined the Lewiatan Polish Association of Employers and the Greater Poland Chamber of Commerce and Industry. Our team consisted of over 50 people, we implemented projects with a value of almost PLN 50,000,000.00, we trained over 6,000 people, over 2,500 people found employment thanks to us, we granted several hundred subsidies for the establishment of companies.
2018
With a team of more than 80 employees, we implemented several dozens of projects throughout Poland. The European Projects Centre nominated Profesja to be a Grant Operator worth over PLN 10,000,000.00. As part of the “International Cooperation Pays Off” project, we allocate grants for the development of projects with a transnational component.
2019
Until this year, nearly 20,000 people benefited from our support under EU projects. The value of all our projects exceeded PLN 160,000,000. Our coaches spent over 100,000 hours in training rooms. We organized internship programs for more than 2,500 people.

President of the Board

Specialist for Recruitment and implementation of projects

Specialist for HR and Payroll

Specialist for HR and Payroll

We decided to choose Grupa Profesja from among such large competition due to their quick identification of our needs, high quality of services, friendly and competent service. I recommend them!

Grupa Profesja is a competent and trusted partner in recruitment, they acted quickly and in line with my expectations. I saved incomparably more than I paid.

Do you want to receive offers available
to our subscribers?

Write through the form